What does Covid-19 mean for global inequalities? 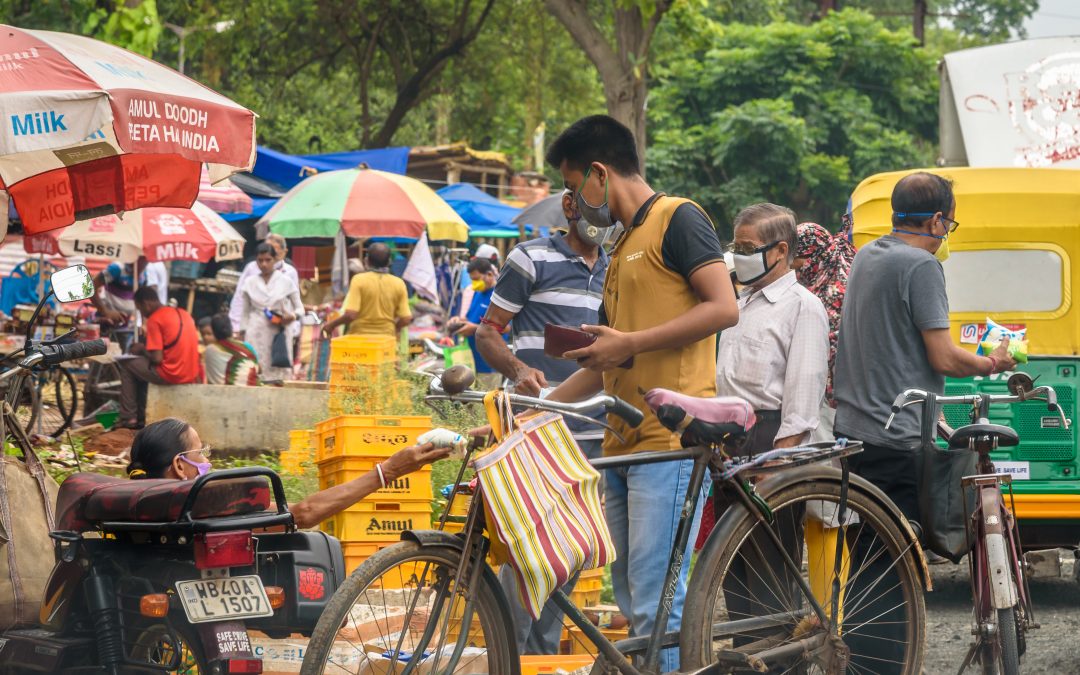 It is now abundantly clear that Covid-19 is a critical inflection point, not just for the severe public health impacts that have arisen from the virus across the world, but also for its economic, social and political implications.

Covid-19 is impacting global inequalities in multiple and distinct ways. While we are still in the midst of the pandemic, and at this time it is hard to predict when we will have come through the worst (in the UK and globally), it is clear that Covid-19 has accentuated existing patterns of social, economic, spatial, and racial inequalities, and is likely to heighten these interconnected aspects of inequalities in the future. This is going to be especially significant challenge in the less economically advantaged global South, as well as in our own hinterland here in Manchester.

The mother of all crisis is beginning to unfold

The World Bank, the ILO and the OECD have recently produced a range of studies that underline the substantial economic fall-out from the pandemic. The World Bank predicts that the global economy will contract by 5.2% in 2020, the largest contraction since records began and substantively bigger than the great depression of the 1920s, let alone the recent financial crisis of 2008.

This contraction will be regionally uneven, with some parts of the world especially badly hit. Similarly, they note that the disruptions for global value chains and trade linkages will have significant downward impacts on incomes and livelihoods, hitting the poor, the marginalised and informal workers hardest. The ILO has picked up on the consequences for employment with estimates that suggest that by end of second quarter 2020 there would be a 10.7% decline in global working hours compared to the same period in 2019, equivalent to a loss of 305 million jobs globally.

UN-WIDER suggests that Covid-19 will lead to an increase in absolute levels of global poverty, with one estimate suggesting that there could be an increase of between 420-580 million people in poverty as a result of the global economic contraction caused by the virus.

These predictions on global economic growth, employment and poverty suggest not only that the UN’s sustainable development goals (SDGs) targets are unlikely to be met by 2030, but that many of the gains achieved under the poverty-focused millennium development goals (MDGs) of 2015 will have been eroded.

At a more local level, OECD data indicates that the UK will be the hardest hit economy in Europe, with a projected decline in GDP of 11.5% and a 9% increase in unemployment levels. UK already has the highest numbers of Covid related deaths and levels of virus infection in Europe. Moreover, there are clear regional and demographic variations in the pandemic data, and disturbingly a clear sense that it hits poorer communities, the elderly and racialized minorities much much harder. The recent waves of global protest linked to the Black Lives Matter movement not only underline the sense of anger and marginalisation felt by minority communities on issues around racial discrimination, they are compounded by the ways in Covid-19 is affecting racialized minorities across the world.

Thus, to use a phrase, Covid-19 is the ‘mother of all crisis’. It will clearly lead to worsening levels of global and local inequalities with concomitant social, political and economic consequences.

How should The University of Manchester respond?

The University of Manchester has a huge breadth of researchers analysing and addressing multiple facets of inequality and in a myriad of different contexts. The Global Inequalities research beacon provides us with a unique umbrella to share insights, issues and solutions, enabling our collective endeavours to become more than the sum of their parts, and to make a real difference in the world.

However, in a rapidly changing world, problematising and understanding what we mean by ‘global’ and by ‘inequality’ is critical.

Our understanding of the ‘development’ process was being radically altered in the 21st century from its original post-war late 20th century ideation. International development as a project of developed (Northern) nations providing aid and support to developing (Southern) nations is no longer valid or appropriate.

Global geographies of production and consumption are changing, emerging developing economies are now leading actors not just in global trade but in global governance. The global South has, and exercises, agency in its own processes of economic and social transformation.

At the same time, the term ‘global’ reflects a recognition that earlier notions of Northern and Southern boundaries in development are being rapidly blurred. Economic and social disparities in the global North are sometime as acute as those in the global South. Moreover, movements of people, ideas, cultures and values mean that the intersections between North and South are as important for study as the distinctions between them.

The shift from the Millennium Development Goals to the Sustainable Development Goals firmly highlighted major development challenges facing all countries. And this makes comparative research that cuts across such boundaries necessary. There’s a growing importance of working across disciplinary boundaries, exploring intersectionality and hybridity. Understanding the interconnectedness of development across spatial scales and regional geographies as essential.

The global is the local, and the local is global. That is to say a focus on ‘Global Inequalities’ encompasses research being conducted in sub-Saharan Africa, South Asia and Latin America, with work being done in Manchester, in UK’s Northwest, or in inner-city London.

The second issue is to unpack the notion of ‘inequality’.

Inequality is a fundamental element of all societal and economic relations. It constitutes the basis of unequal power and has implications not just for the ways in which resources are distributed across society, but for livelihoods and well-being, for voice, agency and power. Reducing inequality is a social and economic good, and thus an important normative goal.

Given the scale of the crisis the world is facing, it is incumbent upon researchers to lend their expertise, insights, networks and influence to address the global inequalities that are set to exponentially rise in the coming years. This will require a collective and cross-disciplinary effort by the research community, one that gives full voice and agency to Southern researchers alongside Northern-based academics. The Global Inequalities Research Beacon at Manchester, and its constituent institutes and academics can play an important role in driving this critical agenda forward in ways that help to build a socially just, sustainable and equitable world post Covid-19.