From one President to another: David Hulme on Trump’s first week in office 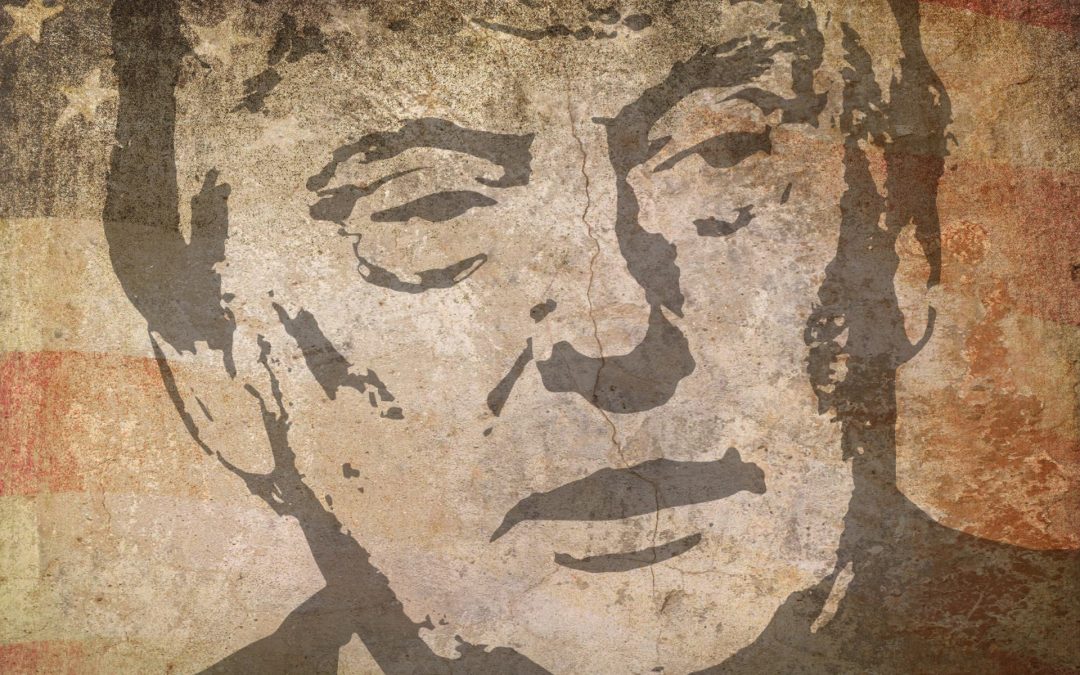 This blog originally appeared in the Development Studies Association bulletin.

Starting the year with a moan (or perhaps a rant) did not feel like the sort of thing a ‘President’ (of DSA) should do. But now Donald Trump is my fellow-President (though his outfit is much bigger than our Association) and the social norms of what is expected of presidents are being contested. Do only ‘losers’ opt for courtesy, civility, transparency, respect, honesty, even-handedness…not sexually harassing people? I had hoped that his progressing from candidate to President-elect to President might change the rhetoric – what a sucker I am!

Listening to President Trump’s inauguration speech I was amazed to hear that the US is pretty much a failed state – it is a scene of ‘carnage’; an evil government has been denying its citizens access to basic health care; it is over-run by criminal immigrants; and, to protect itself it will need to do ‘what works’…torture foreigners. Populist national leaders, and Republican presidents in the US, seem to need a climate of fear to legitimate their ideas and themselves. But Trump has taken this to new peaks – life for the citizens of the US in 2017 sounds like a dystopian movie: take your pick – New York as Independence Day, Chicago as The Hunger Games, or Los Angeles as Divergent. Thank goodness we do not live there. It sounds like we should be sending survival packs to the US (but, that is no joke given how many homeless people I saw on the streets of Washington DC in December). Almost anything that is good in the US in the future will be due to Trump’s personal capacity to bring stability to this ravished land. (Forget that Obama provided Trump with a growing economy, national financial stability, rising employment and tens of millions of poor citizens with access to health care).

But maybe it is all bluster, I thought. Unfortunately that is not the case. The incoming President’s actions have matched his rhetoric. Look at the appointments: billionaire, general, climate change denier, general, son-in-law, billionaire, disingenuous (does that mean lying?) website founder (Breitbart), banker (also a billionaire) and more. Apparently these folks will connect the President to the concerns and preferences of ‘ordinary Americans’.

The first few days have shown how the Trump regime plans to operate. On day one the ‘global gag’ was reintroduced – cutting off US funding to any NGO which mentions abortion in its literature. The US Environmental Protection Agency has been instructed to remove all climate change pages from its website. Fortunately poorer countries, like Bangladesh, are adapting and taking on financial responsibility for US-created climate change (see Bangladesh Confronts Climate Change for an analysis of how much Bangladesh is doing…said he shamelessly promoting his new book). It looks like China may take on global leadership on climate change mitigation and adaptation. Trump promised to ‘make America great’ but his foreign policy looks like it will ‘make China great’ as it will rapidly accelerate the rise of China as a global power.

And this is only the start. In coming days it seems likely that US funding to the UN and its agencies will be curtailed: the media report reductions of 40% in US support for UN peace missions. One would anticipate that funding for USAID and other US aid agencies would be slashed but, perversely, the historical record reveals that Republican presidents expand foreign aid budgets: George W Bush almost doubled US aid expenditures. Often the motives for such spending increases are domestic pork-barrel politics or geo-political interests…reducing global poverty or promoting human rights are not necessarily at the forefront of such initiatives.

And, so far I have avoided mentioning protectionism. Many DSA members have railed over the years about the consequences of economic liberalisation and globalisation. These policies and processes have damaged many livelihoods, and many lives. But they have also been associated with an unprecedented global decline in absolute poverty, increased life expectancy and rising levels of human development. If President Trump moves the world into an era of hasty, nationalist protectionism then he may achieve a truly great change – creating a great world economic depression. Let’s not pursue this possibility today…things may be clearer next month.

What can DSA members looking to escape the temptation to rant do? Do some reading…Francis Fukuyama provides a fascinating initial examination of the ‘natural experiment’ that a Trump presidency creates for academics with interests in democracy and state formation (and decay). Can American political institutions provide checks and balances for a President who systematically undermines existing norms and rules? Will this experiment reveal the failure of the normative theories that underpin liberal democracy? Fukuyama argues that US democracy was already ‘broken’ so we cannot blame the incomer. And, that some of Trump’s promises, such as massive investment in infrastructural renewal, may be good for the US economy and most of its citizens. But, he also points to the opportunity that Trump has to weaken accountability and, perhaps to shift the system ‘…from being real liberal democracy to being an elected authoritarian one’.

What to do? First, try not to rant (apologies for my failure on this score). In particular, avoid promoting anti-Americanism as that fosters the ‘us against them’ thinking that has fuelled the recent international wave of pernicious populism. Second, track the underlying data – since 1990 life has been getting better for humanity in terms of many economic and social indicators…maybe even a US President/global leader of this calibre will not damage these deep processes. Third, try to get out of your like-minded, cosmopolitan bubble (I am trying) – look for ways to connect with people who feel that isolationism, nativism, crude nationalism and xenophobia are the way forward. How can we help them understand that this is not the zero-sum world that Trump, Farage, Le Pen, Orban, Erdogan and others keep on telling us it is? Difficult trade-offs will have to be negotiated but thinking that isolating one’s country from international organisations and foreigners will return life to some historical, golden era is cloud cuckoo land.

These are strange times…deeply worrying but intellectually fascinating.