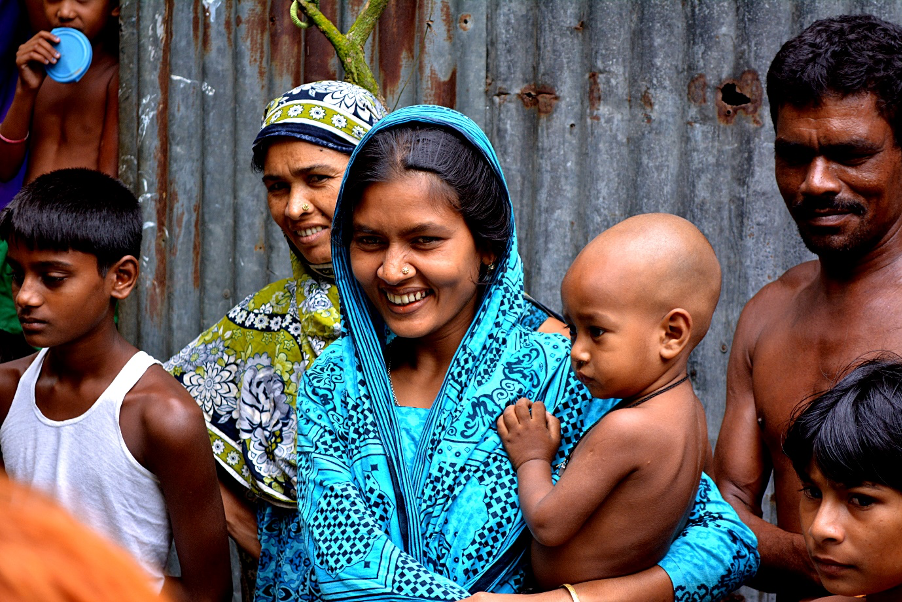 Empowering women is firmly recognised as a key driver to development and empowered women an essential achievement of it. They can take part in the political affairs of the nation more actively, in the lives of their communities more freely, and in the livelihoods of their families more effectively. Much has been written about empowerment and our understanding has been enhanced by looking at its conceptual components such as resources (including education or assets), their agency (including the ability for purposeful plan and action) and their achievements (including health and livelihoods).

The importance of agency

Empirical studies have begun to focus on the agency component of empowerment and here agency can be defined as the ability to conceive of purposeful plan and to carry out action consistent with such a plan. In a recent empirical study of women in formal and informal settlements in urban Bangladesh, Dhaka, World Bank researchers studied labour market participation of some 2500 adult women.

In the survey a few indicators of their agency were explored as these have been shown to be informative in the context of the country; these include answers to the following: (coded to show higher to mean more empowered):

The critical role of context is one of the recent gains from empirical studies such as this because these have shown that context is effective in determining informative indicators. For example seeking permission to go out of the neighbourhood is perhaps an effective indicator for women’s agency in Dhaka, Bangladesh, but not in Lima, Peru. Another recent gain noted in the literature is the recognition of agency as a latent concept, tapped through several indicators to measure latent factor or latent class of agency.

Among the 2,542 women participants 19% have high agency as indicated by their indicator profile shown below. The telling distinction is given by the first three indicators: decide, protest, requiring no permission. The profile shows one in five women in Dhaka (i.e. high agency women) affirmed that they are “comfortable to speak up in public to help decide on infrastructure” and “to speak up in public to protest the misbehaviour of authorities or elected officials”. 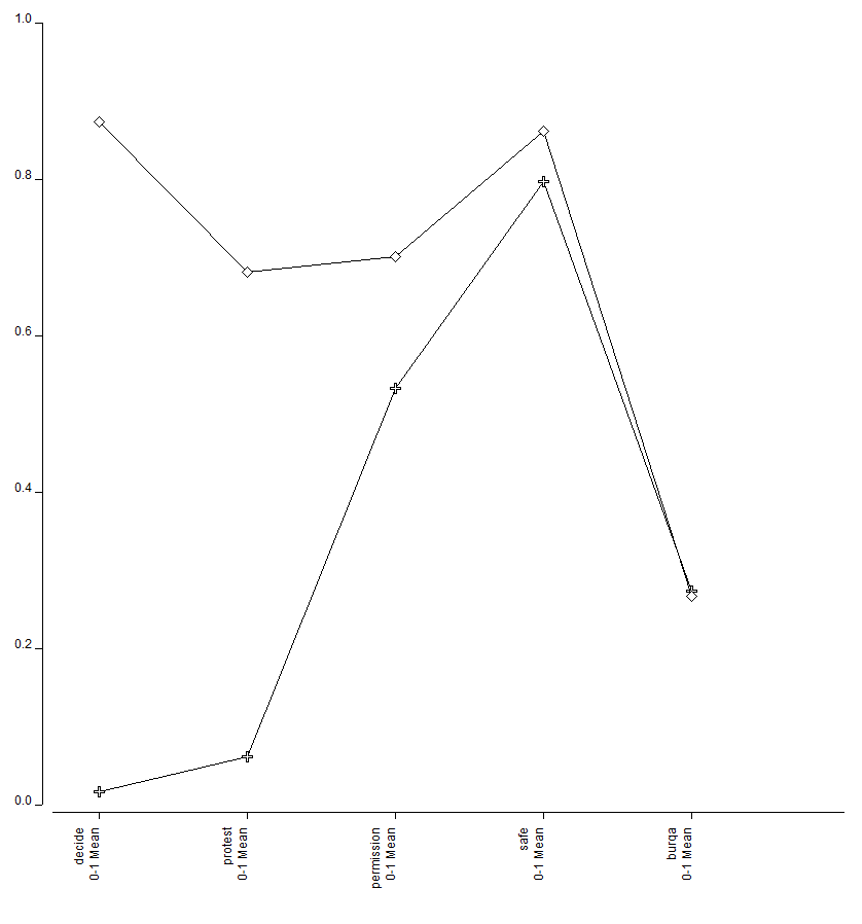 Does agency matter? A puzzle.

But does agency matter? I followed this with explaining, using two models, health outcomes in agency terms while accounting for other features and situations (including formal or informal settlements, assets brought into marriage). The results throw a puzzle. The marginal plots for probability of depression and for number of days ill show the associations between a high agency and health at various ages. Age is used to help visualise the significant margins of agency for both health outcomes. 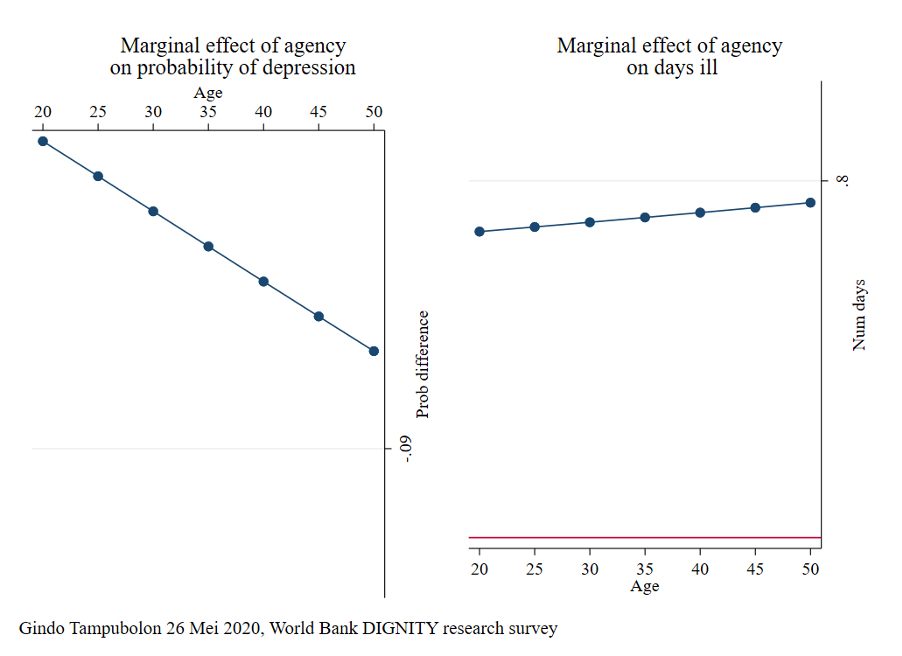 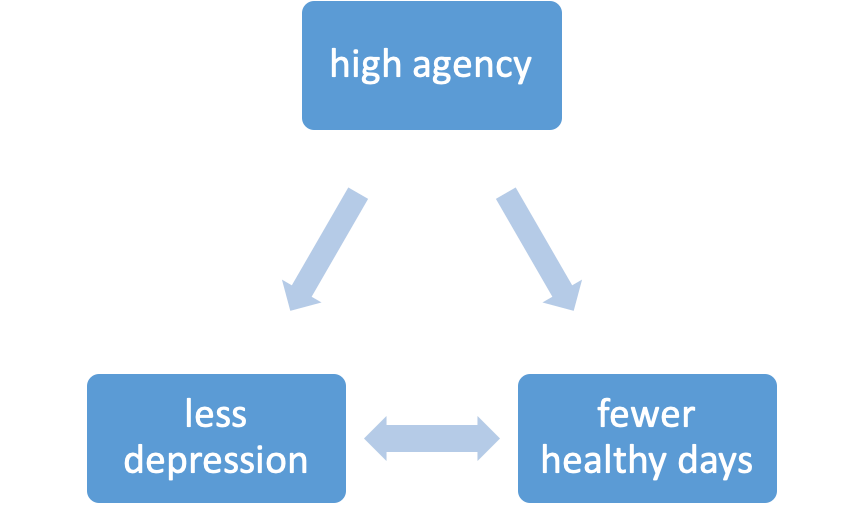 Figure 3. The puzzle of women’s agency and health outcomes in urban Bangladesh.

The critical role of women’s empowerment

I propose a resolution to this puzzle in terms of purposeful action and suggest its link with sustainable development. At the heart of women’s agency is purposeful action since women with high agency are capable of conceiving purposes in the future and formulating actions that are consistent and feasible today. Evidently, they respond affirmatively to the statement about speaking up in public to help decide on services needed for their communities (a common well or kitchen for instance). Such latent ability or agency in these women is likely to prevent them from succumbing to depression. This explains the left arrow in the puzzle.

The same ability to conceive purpose for the future and formulating consistent action today drives the right arrow. Precisely because they have a clearer picture of purpose in their future, and they are able to formulate action today which is consistent with such purpose, these women may not hesitate to call in sick today if doing so ensures that they maintain their health in some definite future. Because of high agency, meaning clearer purpose in the future and consistent action today, the right arrow is necessary. So high agency, defined above and estimated as a latent class, can resolve this apparent puzzle.

This resolution to the puzzle uniquely illuminates our understanding of sustainable development and characterises the critical role of women’s empowerment. If sustainable development is indeed an expansion of today’s freedoms which simultaneously guarantees the future generation’s access to resources for their development, then in individual terms this can only mean that women’s agency is essential. On the basis of evidence uncovered here, to enhance women’s agency is to secure sustainability.

Photo by Theodore Goutas on Unsplash