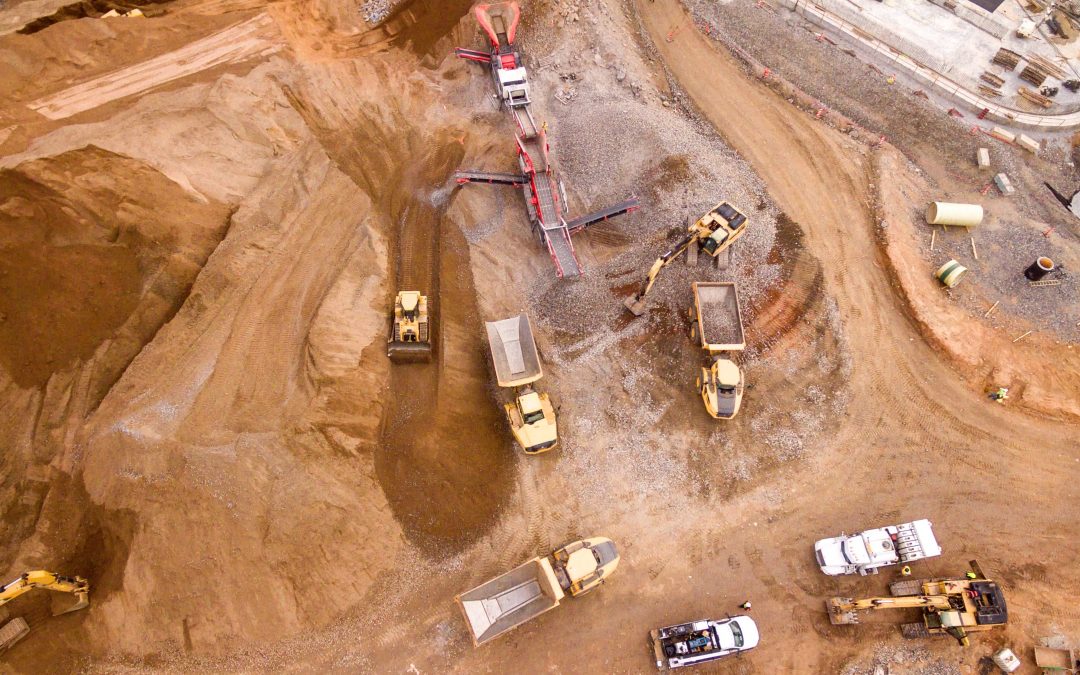 The extractive industry has a brutish reputation.

Since the 1980s, along with big dams, ‘extractives’ have been a byword for environmental destruction and human rights abuses. The heavy hand of industry destroying green pastures seems to be most vividly captured by the arrival of extractive industry in remote corners of the earth. As global demands for minerals, oil and gas have increased, the industry has expanded to new areas, creating new frontiers.

The extractive frontier is a place of upheaval. A now sizeable literature on mineral, oil, and gas development shows that when the extractive industry moves into ‘new ground’, it transforms landscapes and reshapes livelihoods. Conflict is often sparked as communities resist the changes wreaked on their lives, loss of access to resources and industry’s environmental impacts.

Historically, the tumult accompanying extractive-industry expansion has been remarkable. In Bougainville (Papua New Guinea), pollution impacts from the Panguna mine triggered a decade-long civil war in which thousands died. In Nigeria, Michael Watts describes decades of oil-industry-led dispossession leading to “an economy of violence,” characterised by “a strange and terrifying underworld of armed insurgency, organised crime, state violence, mercenaries and shady politicians”. In India, Kuntala Lahiri-Dutt estimated coal mining displaced over one million people between 1950 and 1995 (Lahiri-Dutt et al. 2012, 41).

This trend continues with extractive projects becoming larger, and thus more land- and resource-intensive. In one industry survey, incidents of company-community conflict in the mining sector increased eight-fold in the period 2002-2013 (ICMM 2015). Peru has seen high levels of investment, and in 2017 registered 130 ‘socioenvironmental’ conflicts, with 101 (78%) of these related to mining and hydrocarbon extraction (Defensoría del Pueblo 2017).

This tumult caused by extractive industries’ arrival is a problem for both the regions affected and extractive companies. Community uprisings threaten companies’ ability to turn a profit. What harm can poor rural communities inflict on large, well-financed, mines and oil platforms? The answer, perhaps surprisingly, is quite a lot. Operations, however large, are often remote and tenuously connected to markets and other infrastructure. Barricading a single road or felling a single electricity pylon can bring large, sophisticated operations to a halt. Research led by Daniel Franks put the cost of community conflict for a large-scale mining operation at $20mn for a 2-week dispute. These are figures that make the industry sit up and take notice.

In a recent paper we reviewed the literature to explore and theorise how extractive companies manage the tumult they almost invariably trigger when they enter new areas. The answer, in brief, is through a range of strategies, most of which are nonviolent. The industry is most known for its use of techniques of power, such as domination (sending in security forces) and coercion (the threat of violence). Much more widespread, however, are ‘softer’ techniques such as persuasion and negotiation where companies use community investment projects and agreements to bring local communities onside, or seduction, where companies and their allies sell visions of extractive industry delivering prosperity, jobs and development to areas of operations. The literature reveals a much wider prevalence of the latter three ‘quieter’ techniques of power than is commonly acknowledged.

Importantly, taking this approach of focussing on techniques of power, highlights key political changes in the extractive frontier. Inspired by recent work, which uses Foucault’s ideas to think through the political consequences of modern forms of capitalism, we explore (jargon alert) ‘extractive subjectivites’. Large-scale, capital-intensive extractive operations transform the political lives and opportunities of populations living in their shadow. This, we suggest occurs in three main ways:

Firms and their allies often respond to the exclusions generated by industry growth by creating new kinds of inclusion. The simple exclusion of communities creates risks: people with little or no interest in supporting or maintaining the systems that created their exclusion. To avoid this potential volatility, firms and their allies adopt a range of strategies. The first is consolidating the exclusion by supporting livelihood opportunities in extractive regions not linked to extractive industry. The focus here is on limiting local ‘dependence’ on the extractive economy through, for instance, relocation programmes that provide land to relocated farmers, projects supporting small-scale agriculture, or tourism initiatives. A second centres on compounding the exclusion – by adding discursive to material exclusion (e.g. labelling critics as ‘external agitators’ or ‘irrational’), and thus marginalising potential dissenters. A third, counteracting the exclusion, involves generating new forms of inclusion – for instance, through the creation of ‘the stakeholder’, who participates in consultations; ‘the extractive citizen’, who benefits from redistribution policies; ‘the entrepreneur’, who remakes themselves as a contractor or service provider; or ‘the beneficiary’, who is compensated through community investment programmes.

(2) By reshaping lifeworlds in areas targeted for investment

As they operate in what are often remote, rural areas, extractive firms create new economic flows, forms of employment, migrations, and infrastructure; they transform land markets and existing institutions, they consume land and resources, and exert a strong influence on physical environments. People in these regions find their lives turned upside-down as they are integrated into wider systems of global capitalist resource extraction in ways that reverberate for decades.

(3) By transforming state-society-market relations, with firms assuming state-like functions and subjecting them to their own logics

For extractive subjects, the presences, rules, beliefs and actions of extractive firms can be more influential in their lives than those of distant states. While firms often play an outsized role in governance at the extractive frontier, this may not be their desire. Firms can self-consciously place themselves between citizens and national and local states; however, sprawling interventions into the lives and livelihoods of local populations can equally come in response to community demands. In contexts where opportunities to extract benefits from a distant and partially present state are limited, communities may focus their efforts on the proximate and wealthy extractive firm, in turn adopting its languages and logics.

Collectively, these three processes transform the political lives of those living in the ‘extractive frontier’ in profound ways, reshaping how rights and responsibilities are understood, and the economic, social, and political claims that area populations can reasonably and reliably make. They become, in other words, extractive subjects.

Finally, it is worth noting, in our analyses of the literature of why and how extractive industry continues to expand – despite its proclivity for generating tumult and conflict – that the geography of critical research on the extractive sectors does not map evenly onto the geography of extraction. Extraction features on every continent, excluding Antarctica, and some countries are over-represented in the literature (e.g., Ghana, Indonesia, Nigeria, Papua New Guinea and Peru). While the number of extractive sites studied reaches into the hundreds, this but scratches the surface. Globally, there are hundreds of thousands of large and small mines, quarries, and oil and gas rigs. No small portion of these will have displaced previous land uses, and emitted pollution that disrupts livelihoods for nearby populations. All this raises the question, not of why there is so much conflict, but why isn’t there more? In this light, we suggest that research should not only analyse the emergence and nature of conflict surrounding industry growth (as much of the existing literature does), but also advance understandings of the mechanisms and power relations through which extractive industry successfully expands – and may do so ‘quietly’.

A way forward lies in the argument advanced here: underpinning extraction’s attention-grabbing and contradictory tendency to generate conflict and instability is a quieter constellation of stabilising powers and reconfigured subjectivities.

Photo by Shane McLendon on Unsplash