Moving up the ladder: How does India do in social mobility? 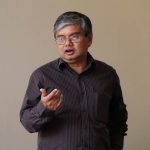 A question of long-standing interest among social scientists is the degree to which an individual’s status in society is determined by the position of one’s parents. In egalitarian societies, where you are in the social and economic status ladder should not be principally determined by your parent’s income, educational level or occupation. Social mobility research has been concerned with intergenerational occupational mobility, but much of this research has concentrated on advanced market economies. However, this question is of crucial importance in the developing world, and especially in emerging economies which have undergone modernisation as they have opened up to the world economy in recent decades.

Together with my co-authors Vegard Iversen and Anirudh Krishna, I look at this question in the context of India, a country which has witnessed rapid economic, political and social change since the 1980s. Using a nationally representative data-set – the Indian Human Development Survey of 2011-2012, which has detailed information on the occupations of fathers and sons, we find a relatively high degree of social mobility among urban residents in India, with around 26 per cent of sons whose fathers were in the lowest occupational class – construction workers and other labourers able to achieve the highest two occupational classes – clerical workers and professionals. However, the degree of social mobility is far lower in rural India – only around 10 per cent of the sons of fathers in the lowest occupational class could achieve the highest two occupational classes.

More disturbingly, we find significant differences in social mobility by social group in India – Dalits (or Scheduled Castes) and Adivasis (or Scheduled Tribes) are the most disadvantaged social groups in India, with high rates of poverty, and these two social groups see very low rates of social mobility as compared to forward castes in India. For instance, only 11 per cent of Dalits and 9 per cent of Adivasis whose fathers were in the lowest occupational class could achieve the highest two occupational classes, while 25 per cent of forward caste individuals could.  This suggests that barriers to occupational mobility still persist in India’s most disadvantaged social groups in spite of widespread affirmative action programmes and intense political mobilisation of these groups since independence.

We also find that for India’s historically disadvantaged communities, the high risk of a sharp descent in the occupational ladder, where the son ends up in the lowest occupational class when the father is in the highest two occupational classes, is between 3.5 and 4 times higher than it was in Victorian Britain. In contrast, for a forward caste son residing in urban India, the sharp descent risk is on par with the corresponding risk in Victorian Britain. Finally, we find striking parallels between upward mobility prospects and sharp descent risks in India and China, two societies which differ greatly in terms of their social and political structures as well as their rates of economic and social development. Reversing these trends in the world’s two most populous countries is essential for greater equality of opportunity and a fairer society in China and India.