GDI Lecture: Urban warfare: housing under the empire of finance with Raquel Rolnik 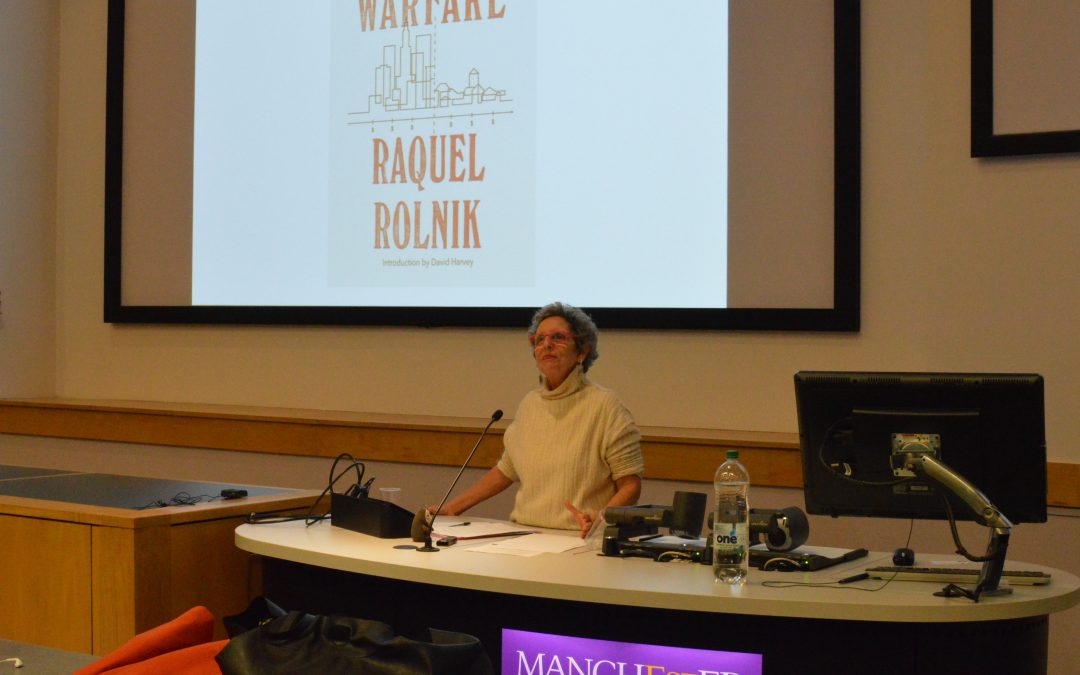 Listen or watch Raquel Rolnik, professor of Urban Planning at the University of São Paulo discuss her new book ‘Urban warfare: housing under the empire of finance’

In cities across the world the story is the same – housing is in crisis and increasingly available only to the wealthy. Models of home ownership that originated in the US and UK are now exported across the globe. Cities are being reshaped at a unprecedented rate, with gentrification and displacement a normal feature of 21st century urbanisation. All this was organised by those who stood to benefit most: construction companies and banks, supported by compliant governments. But how did we get to this place? And what can we do about it?