‘Thank you for taking us seriously’: Disseminating Research Findings with Displaced People in Colombia 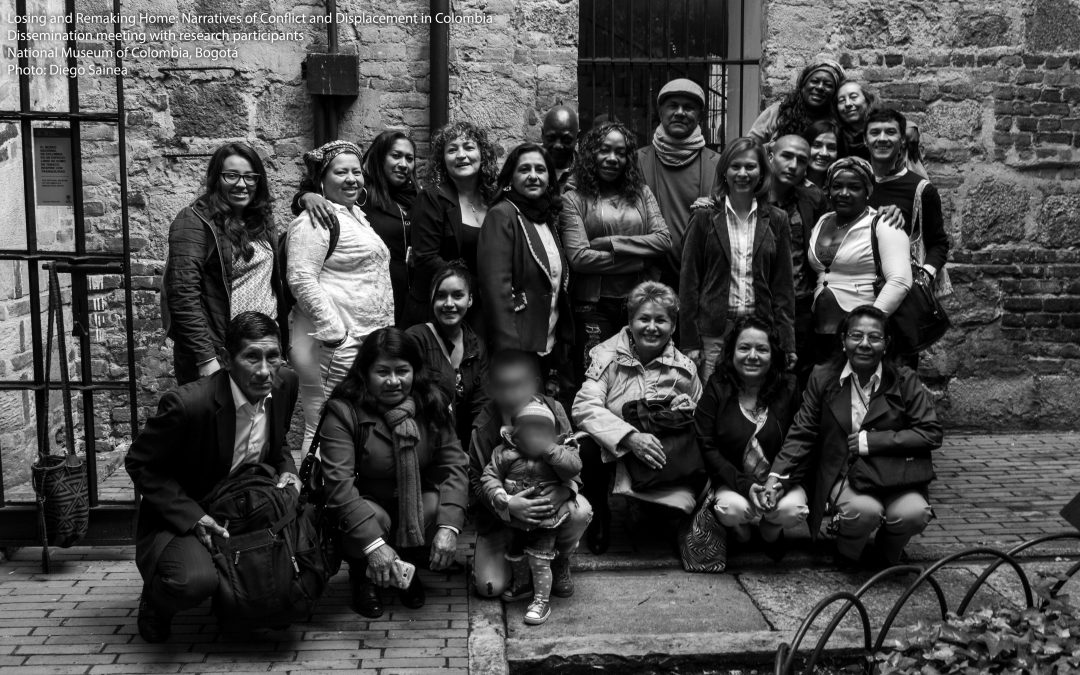 Dr Luis Eduardo Pérez Murcia completed his PhD in 2016 on the experiences of losing and remaking home for those people in Colombia who had been internally displaced as a result of violence. On February 24 2017 Luis Eduardo presented the findings of his research to the research participants and on February 28 to scholars, policymakers, and national and international bodies which assist displaced people in Colombia. This blog shares some of his reflections on the process of dissemination of results with research participants.

While doing my PhD at the Global Development Institute I gained invaluable skills. The opportunity to discuss and present my research to my supervisors, examiners and a wide range of specialists in the fields of migration and home, provided me with the confidence to communicate my ideas to different audiences.

The most challenging presentations, however, were feeding back the findings of the research to the research participants themselves. I realized that talking about the interplay between conflict, displacement, and home with those whose life stories informed my research, was one of the most challenging experiences. I found myself in an odd situation explaining to those who know first-hand the impacts of conflict and displacement and how these result in the loss of a sense of home; what and where home is for those who flee following conflict; the negative experiences of living without a place called home; and the myriad difficulties displaced people deal with in their everyday lives to remake the feeling of being at home.

After explaining the aims, main concepts, and methodology of my research, I spoke about how those who flee following experiences of rape, forced recruitment, kidnapping, and torture, understand ideas of home. This was very difficult. I was speaking about these experiences to the very people who had experience them. While looking directly to the faces of those affected, the use of participant’s pseudonyms proved to be particularly bizarre. Although some of the research participants did not remember their nominated pseudonyms, every time I described a particular experience of conflict and displacement, I felt that those whose identity was hidden behind the pseudonym, were looking at me and I was inevitably looking back at them. I could see them, in body and soul, paying attention to how I had used their life stories to address my research questions.

Amongst all the participants as well as myself there were mixed feelings. While the presentation evoked narratives of sorrow and pain, most participants responded with enthusiasm and appreciation because their life stories had been taken into account to understand the relationship between conflict, displacement and home. While crying and sobbing, Juan, who became a displaced person in 2007 at the age of 16 because his mother thought he was in serious risk of forced recruitment, told me: “Thank you for having me here. Today is a very special moment for me. My life is now much more problematic than when we talked in 2014 but this meeting gives me a sense of hope. It is good to know that somebody cares about our lives and to know first-hand what you have done with our painful experiences of war and displacement, thank you so much”.

It was a surreal moment. I was there to feed the results back to research participants and thank them for their support with my research but, unexpectedly, I found myself being thanked. Yovana, a woman who was raped and stills facing persecution after being displaced twice by guerrillas and paramilitary groups, was immensely grateful to me for having shown such respect for the experiences of the research participants. She said ‘Displaced people are often seen by researchers as a source of data for their personal research projects and at the end we never know the research results. What is worse, researchers often take all the credit for the piece of work they publish and us, the displaced, become more and more invisible. So thank you for taking us seriously”. 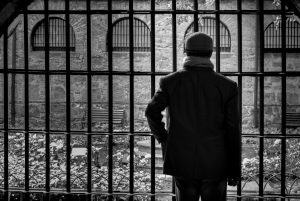 It was overwhelming but also discomforting to be thanked by those whose experiences of conflict and displacement have given light to my research. Tatiana, a woman whose daughter was murdered, and who continues to face persecution, and whose father died because of hunger following years of displacement added: “Thank you very much for this invitation. I never delete your number from my mobile phone because I was expecting to hear more from you and your research. I am glad to be here, you know, displacement destroys our lives in every single way but it is comforting to meet people who care about our lives”. Leidis, who fled in 2005 following a murder attempt after being accused of being an informant for the enemy, added: “I was a bit in shock when you called me for this meeting. I took for granted that following our interview in 2014, I would never hear from you again. Thanks, it is good to know first-hand what researchers as you say about the lives of victims of violence”.

Feeding the results back to research participants was a challenging but a rewarding experience. It was challenging because I was speaking to the very people who could either confirm or reject my interpretation of their stories and, therefore, who were in unparalleled position to question the reliability and accuracy of my work. It was also rewarding, and enormously reassuring, when participants were in agreement with the ways I had portrayed them in my research. Overall, the workshop with research participants was a moment of celebration. It was an amazing opportunity to see again the faces of those who have inspired my research. It was also an opportunity to reaffirm to them that their experiences really mattered to me. While sharing my findings with research participants it confirmed something a Mancunian friend had said to me while I was writing my thesis: ‘when you meet interviewees for the first time, you see them as research participants and they see you as a researcher. When you meet them again just to say hello or to say thank you for your support, you both may start seeing each other as friends”. 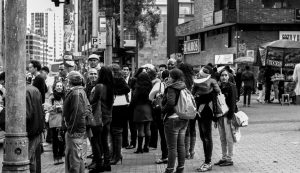 Indeed, this meeting was a significant experience of friendship. I had been concerned because after nearly four years in Manchester, ‘my home abroad’, my ‘home’ and friends left behind became distant. Instead, the research participants gave me a warm welcome and offered me their friendship. Nancy, a woman who fled her hometown in 2000 fearing the forced recruitment of her children, told me “I have great news: I have my own house. There is a special place for you and your wife in my house. It is great that you both are back”. Mau, a woman who has fled twice following murder attempts, added: “Now that you are here again, we need to catch up. You know, there are several issues with the peace agreement and awful things that have been happening in my life that I want to share with you”. The reunion with the research participants has also provided me with an opportunity to continue with this research and conduct a longitudinal study on the struggles and experiences of displaced people attempting to remake a place called home. I am delighted to have been considered a friend and to have had the privilege of meeting these truly inspiring people.

The dissemination meeting has received funding from the ESRC GCRF IAA award at the Global Development Institute, at the University of Manchester.

The event was hosted by the National Museum of Colombia.